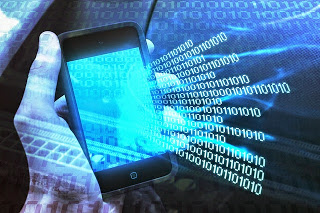 AT&T is on a (successful) mission to transform the TV space, blending it with wireless to create a new industry segment, said telecom analyst Jeff Kagan in a recent Light Reading column. The carrier’s latest move is to offer HBO for free to unlimited data customers. Given AT&T’s plan to acquire media and entertainment company Time Warner, and its other successes in TV services, it’s no wonder that competitors such as Comcast, Charter, and Verizon often seem to be playing catch-up, Kagan concluded.In another area, that of wireless spectrum, operator T-Mobile appears to be on a tear. The carrier said it won 45% of the 600 MHz spectrum sold in the recent incentive auction, and plans to begin deploying services using those low-band resources later in the year, RCR Wireless News reported. T-Mobile spent almost $8 billion during the auction, winning 1,525 10-MHz licenses covering 414 partial economic areas.

And, in a Qualcomm-led study, 3GPP is looking at how unlicensed spectrum bands might be used with 5G New Radio, Wireless Week reported. The study’s goal is to determine a single global solution for unlicensed spectrum access compatible with NR concepts, encompassing bands all the way from 6 GHz athrough 60 GHz. Results of the study are expected to be handed off to 3GPP for review in June 2018.

Last year, communications and info tech vendor Nokia acquired Alcatel-Lucent, a deal that involved a number of telecom software-based assets, including the Nuage Networks division, noted RCR Wireless News. Since then, Nuage has continued to land some significant SDN and NFV-based deals focused specifically on helping operators and enterprises move toward SD-WAN deployments. Involving customers like Vodafone, those deals illustrated the potential of SD-WAN and how Nokia views the business potential (and challenges) for this market.

Meanwhile, in the area of open source, ETSI announced the latest release of its management and orchestration (MANO) work, with emphasis on improvements to interoperability, performance, stability, security, and resources footprint, Telecom TV noted. Features of Release Two include items around SDN, NFV, hybrid cloud, and on-demand resource scaling.

And, speaking of open source, the ability to make dynamic topology adjustments in challenging service environments is a priority for telecom operators and internet service providers (ISPs), SDxCentral noted. Open source SDN solutions, involving standards like OpenFlow, can lower the cost and effort of achieving those goals.