SD-WAN: The Good, Bad, and Ugly 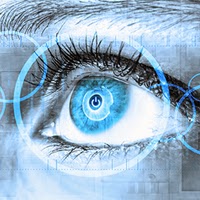 Are software-defined WANs the next big thing in monetizing connectivity for cloud-connected enterprises, an overhyped ‘silver bullet,’ or something in-between? That depends on who you ask.

Only about a year ago, a small number of service providers were committed to launching SD-WAN service, noted Silver Peak senior director of marketing Nav Chander, in a recent Telecom Ramblings article. But now, many providers are recognizing SD-WAN as an opportunity to simplify their WANs and positively remake their managed services business models.

Inherent benefits of SD-WAN, Chander explained, include “the favorable economics of commodity broadband in a hybrid WAN network, connecting users to applications on any network, from anywhere or from any device. An SD-WAN also enables service providers to more easily use any combination of private MPLS or broadband or 4G LTE connectivity, to deliver a superior user experience edge-to-edge across hybrid environments.”

He added: “Another often overlooked benefit of an SD-WAN solution is the opportunity to use the integrated intelligence policy engines to dynamically optimize connectivity of cloud applications, both IaaS and SaaS for any type of branch location.”

Chander predicted that 2017 will see an upswing in providers focusing on managed SD-WAN service backed by SLAs—taking the concept beyond best-effort and into the realm of high availability/low latency for demanding business applications.

Origins of SD-WAN Demand
The SD-WAN market is poised for significant growth in the next few years, with some forecasts predicting expansion from about $11 million currently to about $1.6 billion by 2021, RCR Wireless News reported in a recent Reality Check article by two experts from PricewaterhouseCoopers (Rajive Keshup and Tim Sullivan).

The main driver for this growth, Keshup and Sullivan said, is increasing demand from enterprises for solutions to improve network performance and reduce opex and capex. Cloud computing, shared networks, and a stable public internet are helping it along.

Carriers like Verizon, AT&T, and Sprint likely will become the largest distribution channel for SD-WAN services over the next five years, Keshup and Sullivan predicted in the RCR Wireless article. Partnerships between providers and vendors (e.g. CenturyLink and Versa Networks, AT&T and Sprint separately with VeloCloud, Verizon with SevOne) are meeting the demand for flexible network access and real-time performance visibility.

And who will be subscribing to these services? Highly regulated industries are likely to be slow to jump on board, Keshup and Sullivan said, while early adopters will include retail and consumer enterprises, and industrial and manufacturing firms. For these customers, SD-WAN services provide a clear set of values worth leveraging now: reduced latency, increased throughput, automated routing and optimization, and simple and intuitive user interface.

SD-WAN Success Depends on a New Approach
Not everyone is gung-ho about the potential for SD-WANs, though. In a recent article, TelecomTV Managing Editor Ian Scale explored the possibility that the SD-WAN approach, as it’s currently formulated, is flawed on both the technical and business model fronts.

That approach, Scales elaborated, “hinges on the idea of building a network by separating data and control planes (abstracting network and transport from the applications) and then orchestrating the resulting corporate network from the cloud,” an approach very appealing to telcos as a means to offer their customers “a hybrid corporate network solution which integrates different networks and technologies into a manageable, integrated whole.” Problem is, telcos may not be the best type of organizations to go down such a path.

In his article, Scales quoted Gur Shatz, Cato Cloud Network CTO, as claiming that “Telcos just generally have this integration mindset – trying to build on top of things and not cannibalise their existing products and services,” whereas SD-WAN “probably needs a new set of players without baggage and they have to have a new product, not an integration around several different technologies.”

To be fair, as Scales notes, Shatz has a dog in this fight: his company “is servicing the corporate network market the telcos are going after with their SD-WAN offerings and is also keen to partner with service providers to tap it.” Shatz’s perspective is that telcos are enthusiastic about SD-WANs because they realize the economics are against continuing with ‘pure’ MPLS; merely increasing those networks to keep pace with bandwidth demand increases is bound to fail.

A new approach is needed, and telcos think that’s to prioritize critical information on the MPLS network and use the internet for the rest. From a business sustainability standpoint, Shatz points out, this assumes that MPLS is needed for the more stringent SLAs, and therefore enterprise customers won’t just move everything over to cloud-managed internet VPNs.

And, Shatz said in the TelecomTV article, that’s an reasonable assumption to make… for now. Eventually, though, internet routing is likely to improve enough to where that SLA distinction can no longer be made. And, it is in telcos’ best interest to help move that evolution along.

What the industry needs, Shatz concluded, is “a technology approach that that can gradually take over the MPLS role, but do it much more cheaply and easily.” That means “a next generation that goes beyond load balancing and smart manoeuvring between MPLS and Internet – the next generation has to go after the backbone and make the internet on par with MPLS.”

How do you see SD-WAN market dynamics playing out over the next few years? Drop a comment below.