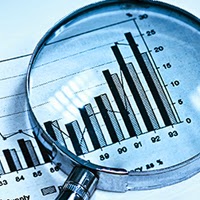 This week’s roundup of telecom news is mostly a look at the latest 5G developments: NGMN’s planned activities for the next several years, the demands made in a manifesto from an alliance of European telcos and vendors, and the FCC’s plans for spectrum auctions in the U.S. Plus: the effect slow opex savings might have on virtualization, and the trend toward real-time data analysis in many industry verticals.

A 5G manifesto presented to the European Commission by an alliance of telcos and industry players demands, among other things, a trials phase before 2018, deeper cooperation between telcos and industry verticals, and launch 5G in at least one member state city by 2020. The Mobile Network article.

5G Calls for EU Rethink on Net Neutrality
In its 5G manifesto, an alliance of Europe’s biggest telcos (and 17 endorsing companies and vendors) have essentially threatened to withhold 5G investment unless net neutrality rules are relaxed. Light Reading article.
Carriers may see millimeter wave spectrum before 600 MHz
U.S. mobile operators are keeping a close eye on the Federal Communication Commission’s planned vote on July 14, regarding timeline for an auction of both licensed and unlicensed spectrum—a critical step in the road to 5G. RCR Wireless article.
Could Delayed Opex Savings Slow SDN/NFV?
Many communications service providers don’t expect their investment in virtualization will result in opex savings anytime soon. That could threaten the pace at which virtualization is adopted and deployed. Light Reading article.