Talk of the Town: T-Mobile Targets Nationwide 5G in 2020 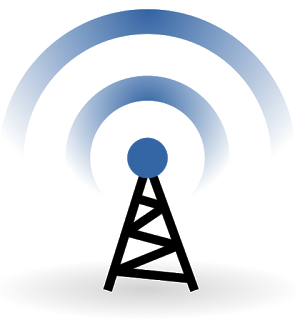 Commercial deployments of 5G seem to be right around the corner, despite the significant complexities and requirements for achieving the next generation of mobile: “tight ecosystem collaboration, interdisciplinary connections, rapid innovation, and agile iteration across the industry on universal standards; new radio specifications; network transformation requirements; harmonized spectral ranges, and viable reference designs for field trials and testing,” as RCR Wireless News put it in a recent Reader Forum column. The latest news that’s got the industry buzzing is T-Mobile’s announced plan to roll out nationwide 5G in 2020, ramping up with market-specific deployments in 2019.

T-Mobile’s plan differs from competitor 5G initiatives, said Light Reading Mobile Editor Dan Jones, because the operator will include its new low-band spectrum holdings as part of the deployment, whereas AT&T and Verizon so far have focused only on high-band millimeter wave frequencies.
In its usual outspoken marketing style, T-Mobile derided its competitors for not including low-band spectrum in their plans, saying that any spectrum can be 5G spectrum, and honing in on millimeter wave or fixed access is too limiting, resulting in a ‘scattershot’ network of hotspots in selected cities only, RCR Wireless News reported, citing a recent blog post by T-Mobile CTO Neville Ray.
Big-name vendors Nokia and Ericsson, which have been involved in many pre-standard 5G trials, came out in favor of T-Mobile’s plan to leverage low-, mid-, and high-band spectrum for its 5G deployment, focusing especially on the benefits of including 600 MHz, RCR Wireless News reported. Millimeter wave spectrum has place to increase capacity, but present challenges because the waves involved travel only very short distances and are easily blocked by buildings or other objects. Nokia said T-Mobile’s plan is consistent with its multi-radio platform approach.
However you cut it, T-Mobile’s plan is quite ambitious and while it may be feasible from a technical standpoint (using the early, “non-standalone” variant of 3GPP’s 5G New Radio standard), business realities may get in the way, Light Reading cautioned. Cost is the main obstacle; by some estimates, a nationwide 5G deployment could run about $300 billion.
A single operator is unlikely to shoulder that entire cost, though; it seems likely that the success of 5G will depend somewhat on shared infrastructure. Still, though, Ovum estimated T-Mobile could be looking at a bill as high as $25 billion, Light Reading reported, comparable to what AT&T spent on its 700MHz-based 4G network.

T-Mobile’s ambitious target to complete its 5G rollout in less than two years could require the operator to “spend as much as $12.5 billion on the 5G project alone in each of 2019 and 2020,” Light Reading said in its report, adding that: “T-Mobile plans to invest about $5 billion in capital expenditure this year after spending roughly $5.7 billion in 2016 — a figure that equaled about 15.3% of its overall revenues that year.”

So yeah, 5G networks won’t be cheap to build. But obviously the bet is that if you build it, they will come.