Trending: 3 Things That Could Be Crucial for 5G 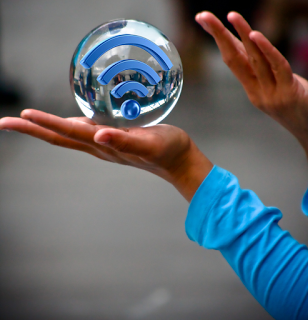 Discussion about what it will take to turn 5G into reality often focuses on broad generalities or hones in on the challenges of developing industry standards and maximizing network efficiency. But, there are other things to consider as well. Here are three examples from recent telecom industry news that could possibly turn out to be crucial aspects of developing 5G.

The oft-touted benefits of 5G include capacity and improved user experience. But, said Marc-Antoine Boutin from CENX in a recent SDxCentral article, the real power of 5G lies in its ability to deliver end-to-end virtual networks tailored to the requirements of specific applications. That is possible thanks to the concept of network slicing.

Network slicing is already used to some extent in 4G networks, but 5G will take it to a whole new level, encompassing everything from the data center to the network core to the network edge, including the RAN.

Basically, the idea is to create virtual networks, each of which ties together “back-end servers, mobile endpoints, analytics, firewalls, authentication servers, encryption, revenue systems and other infrastructure,” layered on top of whatever physical networks happen to be used to provide Layer 1 and Layer 2 connectivity, Boutin explained.
Software-defined networking (SDN) is the key ingredient in 5G-style network slicing, because it separates the data plane from the control plane, thus enabling designers and service providers to define the exact networks they need.

In addition, lifecycle service orchestration is needed to make sure the network is configured properly end-to-end, across multiple carriers, and that the appropriate VNFs are installed and run correctly. The trick with all of this is to implement 5G network slices in a way that doesn’t negatively affect quality of service. That means carefully designing the virtual networks, and instantiating them on physical networks in such a way that they don’t consume more resources than expected. Continuous monitoring of 5G slices is the only way to be sure this is happening, using methods like rapid fail-over to backup networks when problems occur.

Arguably, one of the most compelling applications for 5G is the Internet of Things (IoT), a category broad enough to include augmented reality (AR) and virtual reality (VR). In this realm, the biggest challenge is not have enough bandwidth, notes Mari Silbey, Senior Editor, Cable/Video at Light Reading, in a recent article. Instead, the trick is getting latency down to the point where AR/VR is actually usable.

“The problem is the massive computer processing that has to take place between the user interface and any source of interactive content,” Silbey points out. “When that processing takes place far away, it introduces lag time into the experience.”

High-performance networks can only chip away so much at that lag. Enter the concept of fog computing (aka edge computing, reverse cloud), in which processing power needed is either embedded directly in the device used for a particular AR/VR application, or pairing that device with a nearby computer containing the processing power.

“A combination of high-powered video compression and next-generation networking technology should make an in-home, wireless mixed reality experience commercially feasible in the future,” Silbey said. Longer-term, compression and networking advancements should be embodied in a computing source nearby but not inside users’ homes, centralizing the cost of that in a localized way.

“The industry needs to move in the direction of cloud-based mixed reality technology, but where the cloud is localized rather than housed in a faraway data center,” Silbey concluded.


5G just might be the thing that compels mobile network operators (MNOs) to leverage network sharing as a means to reduce the cost of delivering increasing data demand. In the market now, network sharing is viewed very reluctantly by MNOs, who largely see it as a loss of control and a move that enables the competition, noted The Register in a recent article positing that continuing to avoid network sharing will weaken the 5G business case.

Carriers around the world generally argue that sharing active network equipment is too risky, with possible negative ramifications like frequency interference and financial downsides that outweigh any economic benefit.

On the flipside, a possible ramification of avoiding network sharing could mean that the densification needed for 5G might fail.

“Calculations by Rethink’s RAN Research service concluded that, if the percentage of small cell networks which are multi-operator or neutral host stayed at its current level until 2020, the installed base of non-residential small cells could be more than 4 million units, or 32 per cent, smaller than indicated in current forecasts which assume a rising level of multi-operator support,” noted The Register. “Many networks would not be commercially viable without sharing or neutral host (where an external party builds and runs the network and the MNOs act as tenants).”

Therefore, the answer “is not to turn away from sharing and wholesaling, but to embrace it,” The Register article concluded. “Flexible, on-demand wholesale platform supporting large numbers of specialized service providers is the way forward to ensure return on 5G investments. The density of 5G in some areas will absolutely require sharing – a shared or neutral host approach will be the only one possible in locations where hundreds of cells are needed per square kilometre.”